My visit to the last airing of the Brett Winterble Show before Brett moves to Charlotte.
We discuss an article that blames President Trump for a minuscule increase in bullying in schools.
We also discuss the history behind February 14th being the feast day of St. Valentine, and of two Saints more important to Western History. 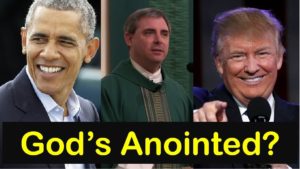 God works through our leaders, from the ancient kings of Israel, to the pagan kings who ruled over the Jews, to the Popes chosen throughout Church History, to the Presidents of the United States, whose influence affects world events as well as the presence, actions and attitudes toward the Church in the U.S.

P.S. Houston won! and will face the Dodgers!