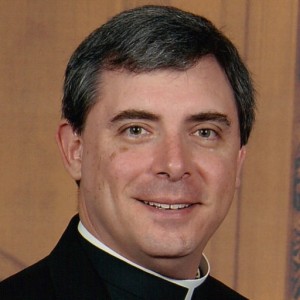 He spent a great deal of time visiting the San Francisco Bay Area where some of his family lives.

He was ordained to the Priesthood by Archbishop William J. Levada for the Archdiocese of San Francisco, CA in June, 2001 after completing studies at St. Patrick’s Seminary in Menlo Park, CA. with an M.A. in Theology, a Masters in Divinity (M.Div.) and a Bachelor’s in Sacred Theology (S.T.B.).  He also completed a Masters in Business Administration (MBA) with a concentration in Marketing in 2012.

He has served as parochial vicar in all three counties of the Archdiocese of San Francisco, beginning in the southern-most parish, and, for his third assignment, in the northernmost.  In 2011 he was assigned to serve in the oldest church in San Francisco, Mission Dolores, founded in 1776, attached to which is Mission Dolores Basilica, the first Basilica west of the Mississippi River, declared in 1952 by Pope Pius XII.  In the Summer of 2013, he was granted an opportunity to serve for five years in the Archdiocese of Los Angeles, where he was born and raised.

He returned to the Archdiocese of San Francisco in 2018, and in the summer of 2019 was assigned to the Cathedral of St. Mary of the Assumption as parochial vicar.

His parish assignments have been:

During this time he has conducted numerous Adult Faith Formation Classes for the people of his parishes in both Scripture and Liturgy.  With the growth and popularity of Zoom, Fr. Bill’s outreach has grown with students and participants of his presentations joining from across the U.S. and as far away as New Zealand.

The first of these classes led to the writing of a book published by Paulist Press in 2007. 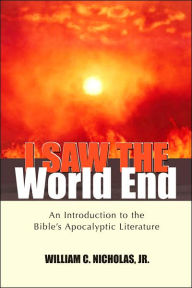 Topics of the series he has presented include:

Biblical Apocalyptic Literature
Overview of the Synoptic Gospels
Old Testament Prophets
The Gospel According to Paul:  St. Paul & his Letters
Foundations in Liturgy
Psalms:  Prayer and Poetry, Direct from God
The Gospel and Letters of John

Topics of his Single Session Workshops include:

History
Collisions with History: The Catholic Church in the World
God and Country: Faith and Religion in America’s Founding
Mother of Modern Science — The Catholic Church
Slavery — Is it Biblical, Christian and American?
Vatican II: What Was It? What Did It Produce?

In the years since his ordination Fr. Nicholas has also written Scripture Reflections and Guest Commentaries for the Catholic San Francisco, the Newspaper for the San Francisco Archdiocese – available on this website. He is a frequent guest on the “Brett Winterble Show” on WBT AM 1110, Charlotte NC.

In January 2007 Fr. Nicholas was invited to participate with eight other priests and the Archbishop of San Francisco to offer three brief reflections for the Daily Mass Readings Podcast, broadcast on the USCCB web-site that summer.

He has participated in programs for continuing education of Catholic School teachers and has been invited to be a guest speaker at high school functions.  He has conducted Parish Recollections and Missions within his own Archdiocese, in Southern California, and as far away as Chalan Kanoa, Saipan.

Fr. Nicholas was invited to be a speaker at the 2011 and 2012 Los Angeles Religious Education Congress in Anaheim, California, where he spoke on the Old Testament Prophets, the Psalms and Biblical Apocalyptic Literature.  He also has been a regular speaker at the annual University Series, a series of seminars conducted annually during Lent in parishes throughout the county of Ventura, California, as well as in the Whittier area and in Marin County, California.

He continues to be available for Parish Missions, Adult Faith Formation Seminars, Recollections and Presentations.